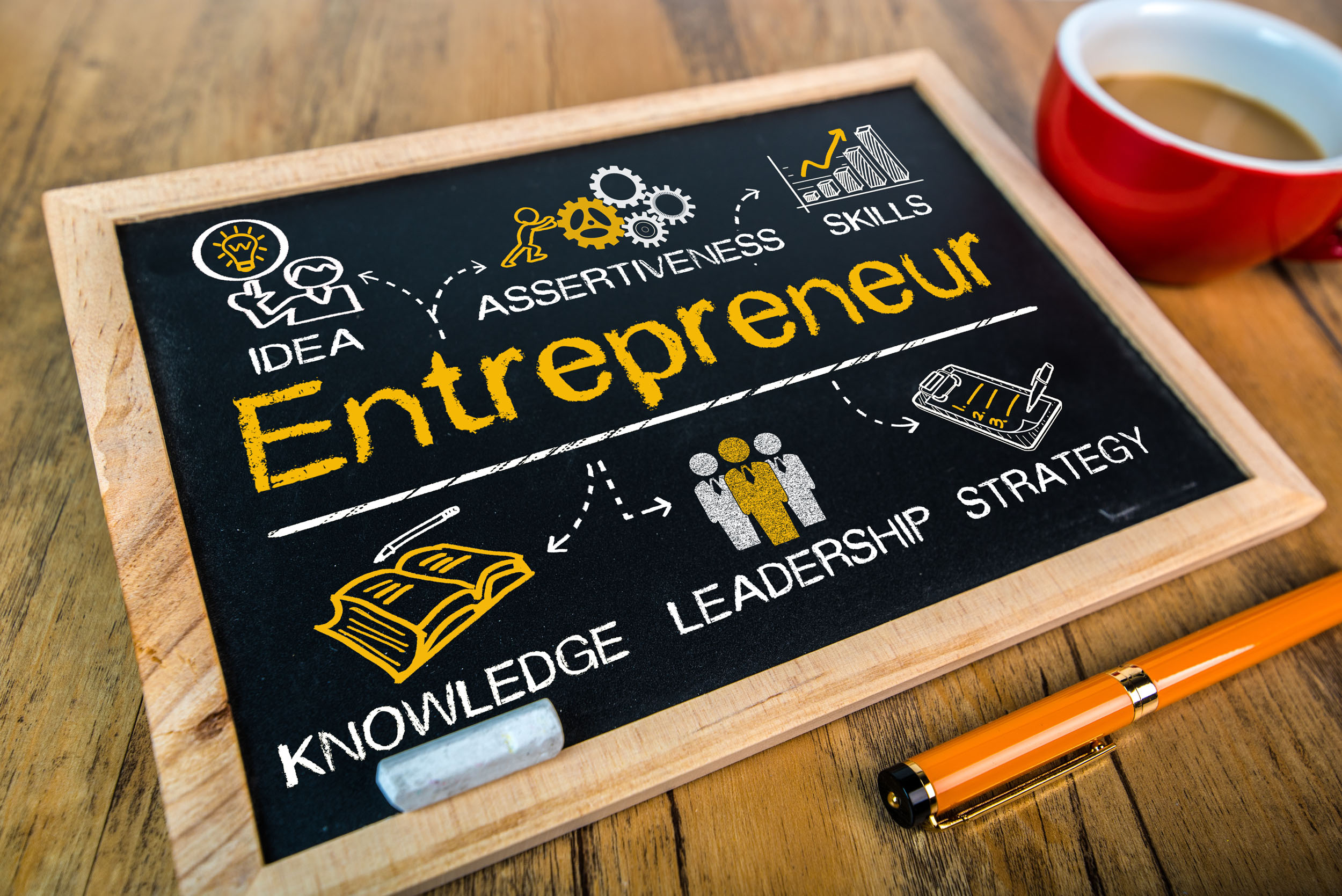 When Tyla-Simone Crayton was a kid, her mom would have “wings and wine Wednesdays” with her aunts in their apartment in Bedford-Stuyvesant, Brooklyn. On one Wednesday, when Crayton was 8, her mother realized she had no sauce for the homemade chicken wings.

Crayton, who calls herself a “curious kid” who was “always making inventions,” decided she would try to recreate the unique, sweet-tasting sauce of her favorite wing restaurant, which had recently closed.

Crayton and her mom “threw a bunch of random things” together and the resulting sauce was hit.

“What I ended up making was totally different and so much better,” Crayton says. “It’s been history since then.”

Indeed, the concoction became Crayton’s “signature sauce,” one that the now 16-year-old sells for nearly $10 a bottle and in 70 stores across the U.S. Called Sienna Sauce, the barbecue-style sauce sells at big name stores like Walmart, and in 2019, the business brought in $192,000 in revenue, according to Crayton.

For years after they invented it, Crayton and her mother, Monique Crayton, made the sauce for family gatherings. And for years, Crayton begged her mom to let her sell it.

After all, Monique, who had multiple side hustles to make ends meet (like selling handmade hats and baskets online), “shaped me and taught me about entrepreneurship and always allowed it to be an option,” Crayton says.

But it wasn’t until Crayton was a teen that Monique relented.

In 2017, the Craytons were living in Sienna Plantation, Texas (where they moved when Crayton was 9), and they decided to open a pop up restaurant night in their home.

Crayton had pitched the idea to her mom in order to prove that her sauce could capture a customer base. Monique agreed, and Crayton and Monique went to the local meat house to buy chicken wings and spent the day preparing the food and sauce. Crayton used social media and handed out fliers to get the word out.

“We were set up in the kitchen with four deep fryers with an extension cord running in the house and outside to the backyard for power,” Crayton says. “We turned our front dining room into our waiting area for customers and we took orders and payments there.”

“It was amazing,” Crayton says. “Friends, family and local neighbors [all came to] support our first night.”

It was so successful, Crayton and Monique decided to make it a regular gig. From that April through December, the pair sold anywhere from 700 to 1,000 wings every Friday night, Crayton says — and brought in $48,000.

“Initially, we didn’t know if people would come to our house to pick up food from strangers,” Monique says. But “people love the sauce!”

Based on the success of their makeshift restaurant, Monique agreed to let her then-14-year-old daughter bottle and sell Sienna Sauce, which they named after their town, starting in 2018.

“I saw the dream in her and she was committed to her brand and I respected her for that,” Monique says.

To launch the business, Monique gave Crayton $1,500 “to buy my first couple of bottles and get my labels from Office Depot,” Crayton says.

“I would hand-make [the sauce] in the kitchen every Sunday morning,” says Crayton, then “sell a couple of bottles” to former customers of her home restaurant, who she reached out to because she knew they liked the the sauce. Then they would “buy some more,” she says.

The first sauce Crayton bottled and sold was called Tangy, which has a zesty taste and retailed for $9.95 for a 12-ounce bottle (the same price it sells for now).

Business began to pick up after Sienna Sauce caught the eye of a local television station and Crayton made her TV debut. At that point, customers began to ask for more options. Crayton experimented in her kitchen and developed two more flavors: Spicy and Lemon Pepper. All three flavors are gluten free and have no high fructose corn syrup, she says.

“If you listen to people, they’ll tell you exactly what they want,” Crayton says.

To spend more time on her business, Crayton, who is home-schooled, took extra lessons on Mondays and Tuesdays so she could spend Wednesday through Friday working on the business as CEO.

And in June 2018, Monique quit her job as a human resources operations manager to become Sienna Sauce’s full-time COO. She also invested her life’s savings — $10,000 — in the business.

“She’s my daughter and the goal is to help bring her dreams to life,” Monique says.

By the end of 2018, Crayton was able to afford a manufacturer and ramp up production of her sauce.

Along with the money, Crayton’s brand got attention from investors – including Grammy-award winning rapper and investor Hakeem “Chamillionaire” Seriki. Crayton set up an investment campaign for Sienna Sauce on crowd-funding platform Republic, and Seriki invested an undisclosed amount in February. (The Craytons declined to share the amount.)

“Sienna Sauce was a runner up in my pitch competition and I really liked tracking this company,” Seriki wrote on Republic. “I invested in Sienna Sauce because I back startups that have domain expertise, resiliency, and a roadmap that I believe could potentially lead to success.” (Seriki did not immediately respond to CNBC Make It’s request for comment.)

“It was amazing,” Crayton says of the investment.

“Since then, we’ve gotten a bunch of investors that we’re so grateful for and blessed for – over 1,000 investors,” Crayton says. “And with Covid-19, I was even more grateful because all of us, in some way, are going through something. The fact that these people still invested in me, my company, my dream, during this hard time, it was amazing.”

In total, through Republic, Sienna Sauce raised about $200,000 from outside investors.

Soon Crayton’s business also caught the attention of none other than Beyonce. On Juneteenth, Beyonce announced that all proceeds from her single “Black Parade” would benefit dozens of Black-owned businesses, including Sienna Sauce.

“It’s all coming together,” Crayton says of the nod.

With this support, Crayton built out the Sienna Sauce website, which accounts for the largest bulk of sales.

“Our biggest selling platform is our e-commerce, our website,” she says. “We also are in 70 stores [like Wegmans supermarket], so that’s the next bulk of revenue. And then, we have Amazon, Walmart.com and other e-commerce platforms to be added this year.”

Once she graduates from home-schooling, Crayton plans to apply to college, “but I really want to focus on my business and make sure that before I make that commitment to college, that my business has a strong foundation,” she says.

“I’m young in my career. As much knowledge as I can get right now [through hands-on experience], with the attention span that I have – I would love to soak it all up now than wait years and spend four years in college to learn when I can start now,” she says.

After all, Crayton has big plans for Sienna Sauce. She envisions it replacing an American favorite: “We are the new generation of ketchup,” she says. (In 2018, 97% of Americans had ketchup in their fridge, according to The Boston Globe.)

Crayton would also like to help others along the way – she hopes to build a Sienna Sauce youth sales program in the future to teach the next generation about business and sales.

“What’s the point of getting all the way to the top if you can’t bring anybody up with you within your community? Community is very important,” she says.

In addition, Crayton plans to role out a Sienna Sauce subscription service later this year and continues to grow the business — she has retailers like Whole Foods and Target in her sights.

“I want [Sienna Sauce] to be a household name,” Crayton says. “And [the business] will be passed down through generations.”