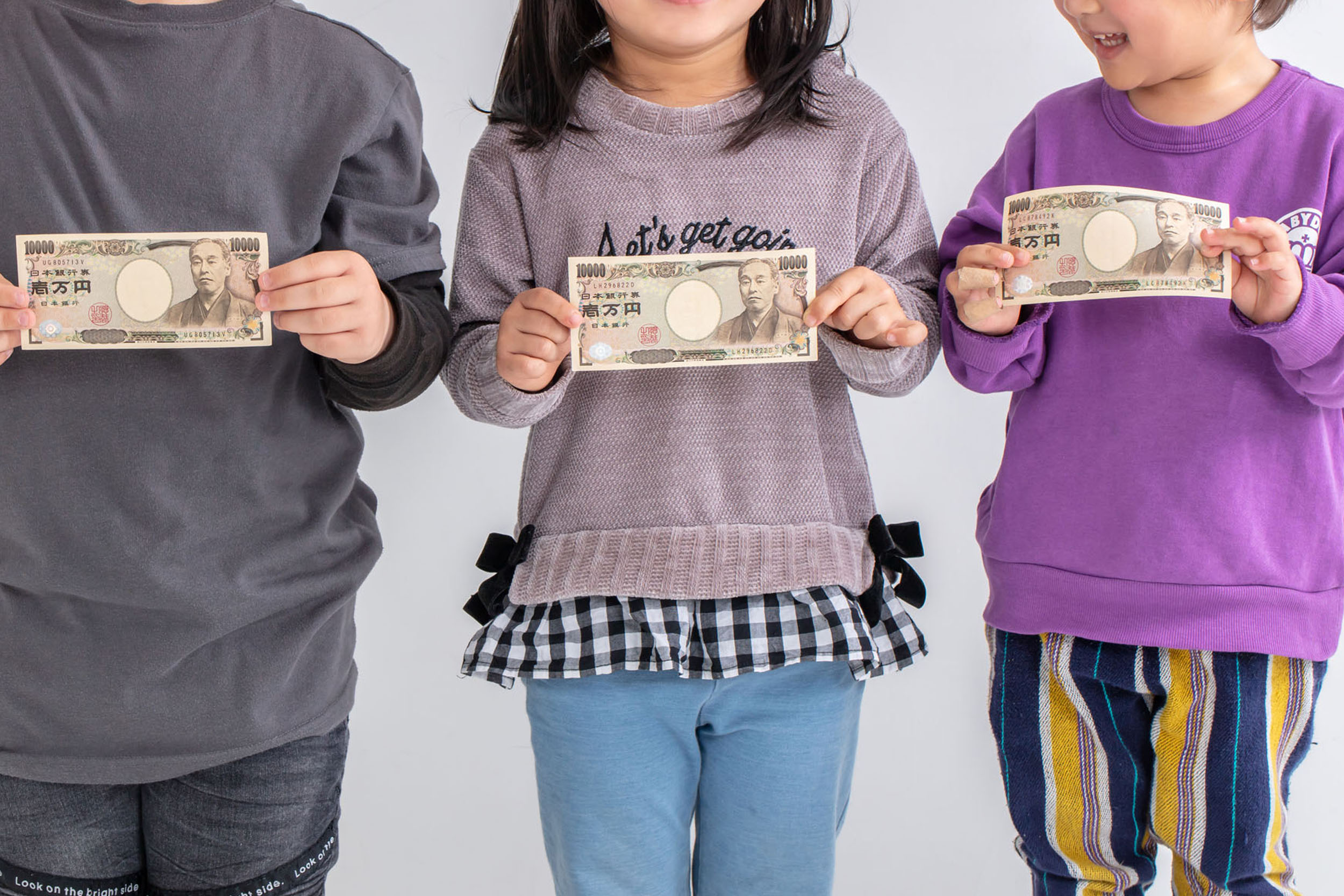 Start a Conversation for Life

An allowance can help your child develop many skills: learning the difference between needs and wants, setting and saving for goals as well as making smart money choices. Perhaps, though, one of an allowance’s less obvious benefits is that it prompts a hopefully lifelong money conversation with your child.

As you’ll discover below, topics that would otherwise cue fairly dull lectures inspire lively discussions. For starters, my daughter’s purchase of three shares of stock led to a cornucopia of subjects addressed: short- versus long-term capital gains, commissions, risk and compound interest.

A Good Dad Teaches His Son

Art of Allowance podcast guest Larry Hagner (host of The Dad Edge podcast and creator of The Good Dad Project) set up an allowance for his son and witnessed an immediate result. During a trip to a store for a Halloween costume, his son learned about comparison shopping, the opportunity cost of a purchase AND charitable giving. Listen in at 10:25 for that story.

First National Bank of Dad author and Art of Allowance podcast guest David Owen wanted to give his kids as much autonomy as possible — and within reason — over their money and their choices.

Rather than require his children to set aside money for saving or charitable giving with each weekly allowance distribution, he chose to let them use the funds however they saw fit. His belief was that making them reserve money in a Share or Save jar would be perceived negatively. In other words, they would view their ACTUAL allowance as only the part they were free to spend.

Doing so allowed them to discover their own values. For instance, David’s son began to think of his possessions as assets, or rather, as part of the “wealth” that he was accumulating. Find out more at 17:54 in my discussion with David below.

It’s interesting that so many parents fret about their children’s lack of attention to the Share jar. I think this concern is misplaced. One of the strengths of the Share jar is that charitable funds are available when they are needed, not that the money is thought about and used frequently. David and I discuss this notion further (at 26:29) if you’d like more perspective on it.

My older daughter seems to be a born negotiator. First it was pushing the bedtime envelope. Then it was wanting extra time at the beach. Now it is asking for money.

We use a debit card that allows for allowance distribution into virtual Share, Save and Spend Smart jars. She recently paid with that card when eating out with her friend.

Then came the ask.

My wife and I had taken our other daughter out to dinner that same night, so this savvy negotiator asked if she could be reimbursed. Her reasoning — she would have been treated to a meal had she been with us. Her argument was sound, and I reimbursed her the money.

More recently, she indulged in a pricey meal at an upscale burger shop with her friends. She was incredulous that a burger, fries and a drink cost $20. (The same meal at In-N-Out Burger would have been considerably less than $10.) Her rationale for splitting the cost with us was that she didn’t know the meal would be so expensive.

Then came my answer — not this time.

Her case was full of holes. Or at least one big hole. The purpose of an allowance is to teach kids to become money-smart, and a core component of that learning is being mindful of cost before you make a purchase.

These examples are provided to offer you a sense of reasoning that you might employ with your own children. Of course, you may steer your art of allowance in a slightly different direction.

The materialism monster is out there, and it’s coming after our kids from an early age.
It’s easy to give in to social norms and say, for instance, “Girls want lots of clothes.” Truthfully, it’s worth questioning conventions such as this because they can be fairly harmful. In the short term, our houses become filled with stuff, a large driver of the messes in teenage rooms. It stands to reason that if you’d like your kids to keep tidy rooms, then you’ll want to reduce clothing tonnage to make the process easier on them.

Even when you’re relatively vigilant about it like we are — with my wife’s hosting swaps and my pushing periodic purges — it’s still shocking how much clothing our kids accumulate. Then consider that your children likely wear just 20% or less of what they own, and your mind begins to spin.

If you’re looking to nip the materialism monster in the bud, then you can start with the folks at New Dream. You can even listen to my discussion with them on The Art of Allowance podcast.

“The problem with financial education is that it’s education.”

— A very wise but unknown human

One of the sessions at a recent Filene Research Institute event opened with this quote. It underscores the importance of conversation. As we’ve seen, putting an allowance in place helps foster more relevant and more easily digestible discussions.

This is not to say there isn’t a place for financial education. There certainly is. But just think about Larry’s lecturing his son on the importance of giving to charitable causes versus his child’s having an epiphany in line at the store or my wife’s railing about expensive clothes versus her introducing our kids to thrift stores and teen swaps. Practical lessons heighten the impact.

This highlights an important point about financial education. School programs that introduce children to core concepts, like the 12 financial literacy principles outlined by the Jump$start Coalition, are wonderful. However, it’s important that, whenever possible, families are engaged so that kids get the opportunity to learn practical lessons with actual money.

If you haven’t started an allowance, if your program to raise money-smart kids is languishing or if your system is in need of a WHY, then I hope this post will convince you that, if nothing else, an allowance can help you open up a lifelong dialogue about money with your children.

I wish you and your family the best on your money-smart journey.